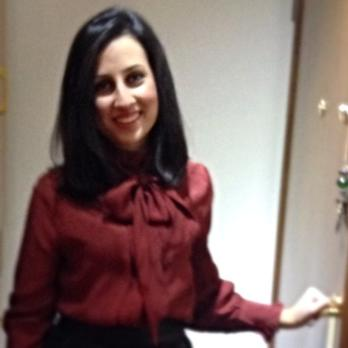 Evgnosia Papadopoulou graduated in 2010 from Aristotle's University of Thessaloniki with the degree of Law. She is an attorney at the Court of Appeal of Thessaloniki and also a mediator accredited by the Greek Ministry of Justice. Throughout her eighteen-month practice and as a collaborating lawyer in distinguished law firms of Thessaloniki with a great clientele and long experience and from 2016 independently, she gained a great experience both at counseling and court representation in the whole range of commercial and private law with a specialization in debt relief and settlement and banking law. Her close engagement with law practice has offered her the ability to draft legal texts, to research the legislation and current case law regarding, among others, her areas of specialisation. Furthermore, due to the undergraduate and postgraduate studies she attended, she has developed a particular interest and sensitivity for the human rights and about the way those rights are handled by the domestic and international courts of justice.

1) 'Mediation-Arbitration (Med-Arb) : An alternative method of dispute resolution', published in 'Μediation-Arbitration', Vol. 1/2019, pp. 72-92
2) Master thesis that was submitted in order to obtain the Master's Degree of the Postgraduate Programme of International Studies of the Faculty of Law of Aristotle University of Thessaloniki, with the subject of: “Mediation, Arbitration and Med-Arb".
3) Participation in a collective work-international research of the Union of European Law Students (ELSA) (2016), with the subject of : ‘Freedom of expression and protection of journalistic sources’, extract written by the aforementioned attorney at pp. 581-587, available at:  http://files.elsa.org/AA/LRG_FoE_Final_Report.pdf
4) Legal remarks-comment on the decision no. 59/2017 of the Magistrate's Court of Vasilika ( Procedure of Indebted Households- non-contentious jurisdiction) published in the legal database «Nomos».

Voluntary work:
-Informing the citizens of Oreocastron about the mechanism of Mediation in the Gateway of Mediation of Oreocastron (2015).
-Member of the Lawyers' Registry of Thessaloniki's Chamber of Commerce and Industry (TEO), appointed to inform the Chamber's members about debt recovery issues (from 2017 until now).

Action for damages for lack of use